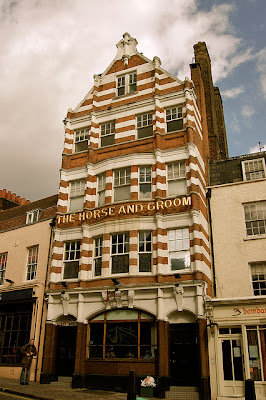 I hate to be the voice of Doom & Gloom just before Christmas yet, with the pub of the same name being converted into another well needed estate agent's office; the Creperie de Hampstead opening only on weekends; Ye Olde White Bear - yes, I still defiantly call it that - potentially turning into a millionaire's pied de terre; The Vortex de Rosslyn Arms being left to rot indefinitely and Hampstead police station being very, very closed indeed, I think it's safe to say, Hampstead's having a rather shitty Crimbo this year.
Yes, the Doom & Gloom hasn't been the Doom & Gloom, or even the Remorse & Gloom for some time but, whilst a public venue, there was at least a semblance of hope. Now, with it definitely turning into an estate agent's office, all hope for it - and I dare say Hampstead - is dashed.
Having just published my first book, Hampstead Faces, Volume I, it would be a pity for my next to be titled something like Hampstead, Death of a London Village. Yet if Her Majesty's Government, Corporation of London, Scamden, Tesco and the Ministry of Cube Building have anything to do with it - that book may well yet find its way onto the shelves of Waterstones one day soon.

A Merry Christmas to you all,

Posted by Hampstead Village Voice at 09:34 No comments: 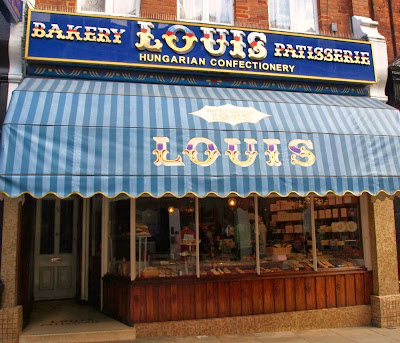 This is where to get the best mince pies in the world.

Thank you so much, Mr. Louis, for a beautiful tea and the best mince pies in the world this afternoon. It was both a pleasure and an honour to have tea with you today.
I'm going to make a point of frequenting your lovely patisserie and one of the last bastions of tranquility and civilisation in Hampstead on a regular basis, henceforth. We Love Louis!!!!! Go to Louis!!! Viva Louis!!!

See you all there,

Down and Out In The Soviet Gulag... 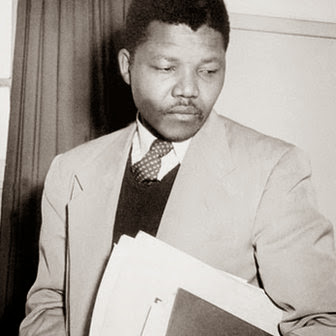 I am writing this the morning after Nelson Mandela died, which makes the Hampstead Faces gathering at West End Lane Books last night seem like rather an insignificant event.
The truth be known, it felt somewhat insignificant even though the dozen or so who'd braved the cold were, apparently, oblivious to the passing of a Twentieth Century icon. I certainly was.
Quite possibly the small attendance was down to Mr. Mandela leaving his 'earth suit' aged 95 that evening, the cold weather or a combination of the two. Historic occasions, expected or not, will keep people planted in front of the telly on cold nights.
But I reckon the relatively poor showing might also have been down to what is, with liitle doubt, the huge cultural divide between Hampstead and West Hampstead. That is, that very few West Hampsteadites give a shit about Hampstead. Indeed someone suggested that we were in 'enemy territory'. It was, at least, very much an away fixture. A bit like Burnley v Arsenal on a cold winter's night.
After all, there must have been nearly two hundred people at Waterstones for the book's launch in Hampstead two months ago. Tonight there were only around twelve, one of whom was clearly a suffering alcoholic with horribly filthy finger-nails who came in off the street and kept spilling his beer all over the shop's Parquet floor.
After I'd read the passage about Bronco from the book, this fellow felt at liberty to share with us all, at length, a tearful sob story about one of his old West Hampstead drinking buddies.
Remarkably, we all stood there listening to him for a full five minutes as the tears welled up in his eyes. To be fair to him, although I loathe the sight of a drunk old git hi-jacking my book reading, at least he made some sort of effort and seemed to inspire a couple of others to share their Bronco stories.
Realising this was not to be a best-selling day for Hampstead Faces - as almost everyone who'd made the trip from Hampstonia already had at least one copy - I resorted to picking up my guitar and singing George Harrison's For You Blue.
Fortunately this went down rather well, although, after the first verse,  three interlopers - obviously grimy, professional book-launch red wine free-loaders - left without so much as a by-your-leave.
Almost immediately, a large, lonely looking woman in a big stripy jumper entered the shop, put down her bags and helped herself to a glass of wine: it was almost as though free-loaders in West Hampstead have some sort of shift-rota in operation. And there in lies the cultural divide between Hampstead and The Soviet Gulag.

Not one copy of my book was sold... Not one! A woman did come up to me to announce, 'Great, I've done my entire Christmas shopping here tonight, isn't it marvellous -  I've bought five books'. Unfortunately, not one of them was a copy of Hampstead Faces. At least West End Lane Books made a few bob. The staff there are all so nice and deserved something out of the evening.
I must admit to feeling somewhat down and out in the Soviet Gulag of Whampers, yet quite relieved not to have wasted too much money on mince pies. I'd considered getting them from Louis but had, instead, shrewdly opted for Sainsbury's Basics on the grounds that they weren't too crumbly. And at £2.50 for 18 mince pies I felt delightfully Scrooge-like. The Soviets weren't complaining.
I doubt though, even if the mince pies had been from Louis, I'd have sold any books. So, with a West Hampstead estate agent supplying the wine - there was even champagne, the Village Voice only ended up about £15 poorer on the night.
A small price to pay compared to the 27 years spent in an apartheid prison, the ultimate sacrifice made by Mr. Nelson Mandela who, although he probably never had the pleasure of a Louis mince pie, fought valiantly against a most hideous of evils and won: a most worthwhile innings, sir. The world is indebted to you.
Toodle Pip!

Posted by Hampstead Village Voice at 18:57 No comments: 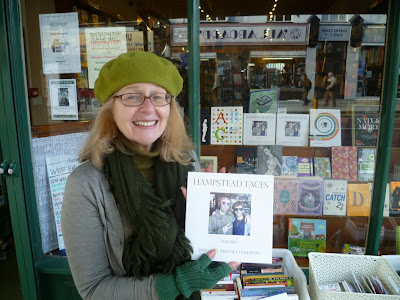 Yeah, alright... It's a conspiracy. We want to sell some books and magazines and are using Christmas in order to lull you all down to West End Lane Books in order to buy signed copies. Not only are we the evil capitalist conspirators consistently criticised (Ed. now that's what I call alliteration) in the Hampstead Village Voice, but also the most horrid of hypocrites for doing so... But now having come out honestly about it, although still evil, capitalist hypocrites, we are at least honest, evil capitalist hypocrites. 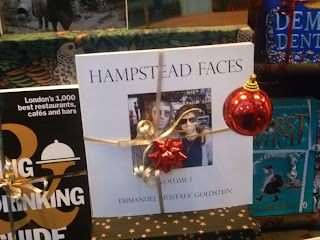 Toodle Pip and Merry 5th of December, not even vaguely Christmas.

Emmanuel Mustafa Goldstein x
Editor in Exile in the Soviet Gulag of Whampers.
Posted by Hampstead Village Voice at 05:33 No comments: