Andrews of Hampstead Sold to... 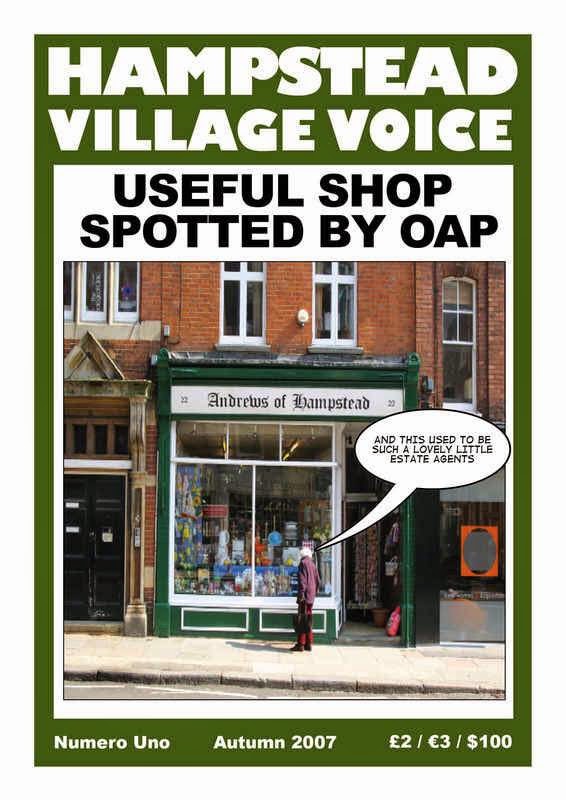 From its website and having spoken to a rather pleasant, American spokeswoman, the new owners of Andrews of Hampstead, Lords of Notting Hill, looks more of a homeware than hardware store. Not a bad thing in itself, but we can expect it to be a rather high end version of a John Lewis-cum-Robert Dyas.


Lighting, vacuum cleaners and espresso machines rather than nails and screw drivers will be the order of the day. Yet there may be a DIY section with paint, locks and other twiddly bits if the website's anything to go by.

What's In A Name?

The bad news is, the company plans to call the shop, Lords of Notting Hill. Naturally Hampsteadites will not be too thrilled about that.

Being Hampstead's answer to John Mcenroe, the words, "you cannot be serious!" were the first to leave my lips.

After all, this is Hampstead and calling a shop Such and Such of Somewhere Else is hardly paying tribute to what's left of the old Stead.

Although we, the people of the Unpopular People's Front of Hampstonia are an understanding lot, we'd still respectfully ask Lords of Notting Hill to reconsider this somewhat ill-placed name change. Why not just Lords or Lords Homeware or even Lords Formerly of Notting Hill But Now Very Much of Hampstead (Ed. A bit of a mouthful that last idea).

Regular readers of the Hampstead Village Voice will be aware that Hampstead's identity is being unceremoneously eroded by various outside factors - Scamden Council, Tesco-Stressco and various unruly developers to name but a few - and yes, we locals do feel quite strongly about this. It's a bit of a dramatic cultural leap from 'Andrews of Hampstead.'

We wish the new shop well. Notting Hill isn't a dirty word per sé but for locals, it is probably the wrong one for a Hampstead shop and will make Heath Street feel just that little bit less Hampstead.

The reality is, the company is unlikely to change its brand name to suit little old Hampsers and so let's be thankful for small mercies. At least it won't be called Lords of Chelsea - now that would certainly have rubbed this traditionally Arsenal or Tottenham supporting area up the wrong way.

Viva Hampstonia, land of the not so free!