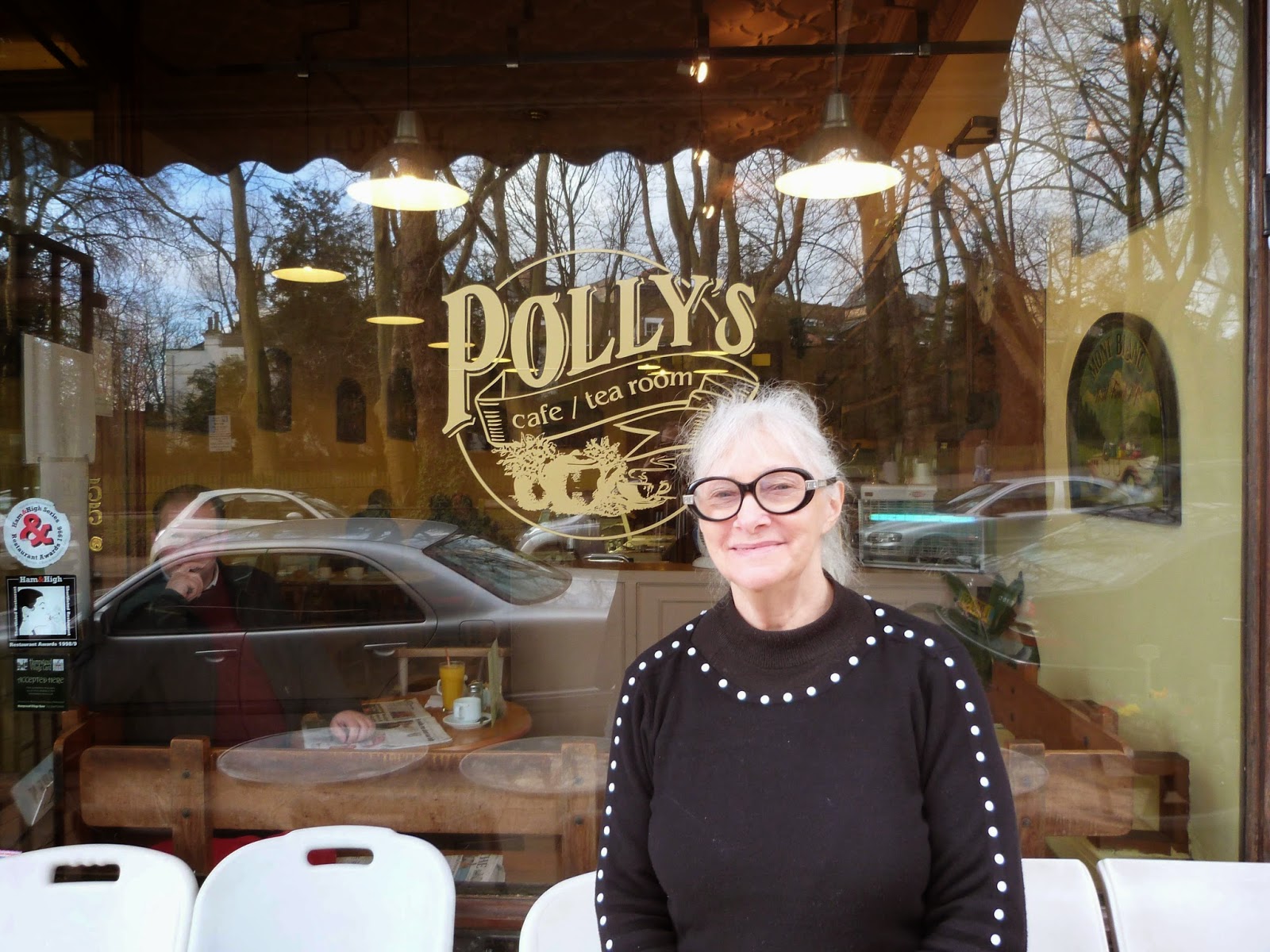 Pat outside Polly's, which is under threat from Sainsbury's

According to a pretty damned reliable source, Sainsbury's is to threaten South End Green's Polly's, Belsize Stationers and Sweet Pea with closure.
This is truly shocking news. Polly's has been a favourite with locals for years and an integral part of the community.
I would like to think Polly's regulars like Hunter Davies and Bill Oddie will fight tooth and nail to stave off the supermarket giant.

For Sainsbury's to convert up to four local shops into a generic, orange supermarket directly next to the existing provisions store, London (formerly Londis), would be an unforgivably aggressive move and completely out of place in this conservation area.
It would be completely inappropriate for such a chain store to open on the corner of Keats' Grove with Hampstead Heath directly in front of it and Keats' House just around the corner.
Again, this is a conservation area and the thought of bloody great trucks parking up there every day is quite unthinkable. John Keats and George Orwell would roll in their graves if the peeping sound of self check-outs and the grumbling of HGV's took over from that of the robin red-breasts and magpies currently poncing about around the area.
The Hampstead Village Voice would certainly feel the need to encourage a boycott of Sainsbury's were it to actually move in and threaten the livelihoods of various local shopkeepers, not to mention the unique local atmosphere Hampstead's glorious satellite of Saff End Green has enjoyed for years.
One might have expected this sort of locally insensitive move from either Tesco or Starbucks (which opened directly next door to the Hampstead Tea Rooms in 2009ish) - but not from dear old Sainsbury's.
The supermarket chain has had plenty of chances to open in Hampstead over the years: Kingswell (now Wagamama), the former Hampstead Classic or Express Dairy were all options and Sainsbury's missed out. With an M&S, Al's green grocer's, London (AKA Londis) and several other small shops already in Saff End Green, this would be an act of war against the community.
If this goes ahead, Sainsburys can certainly consider itself at war with the Hampstead Village Voice and, make no mistake, we will fight them on the beaches and take no prisoners.
This would be an act of corporate terrorism upon Hampstead's community worse even than the opening of Stressco. So, please, for your own sake, find a more appropriate venue, Mr. Sainsbury - or we will have to fight you and use Luis Suarez's gnashers if needs be.