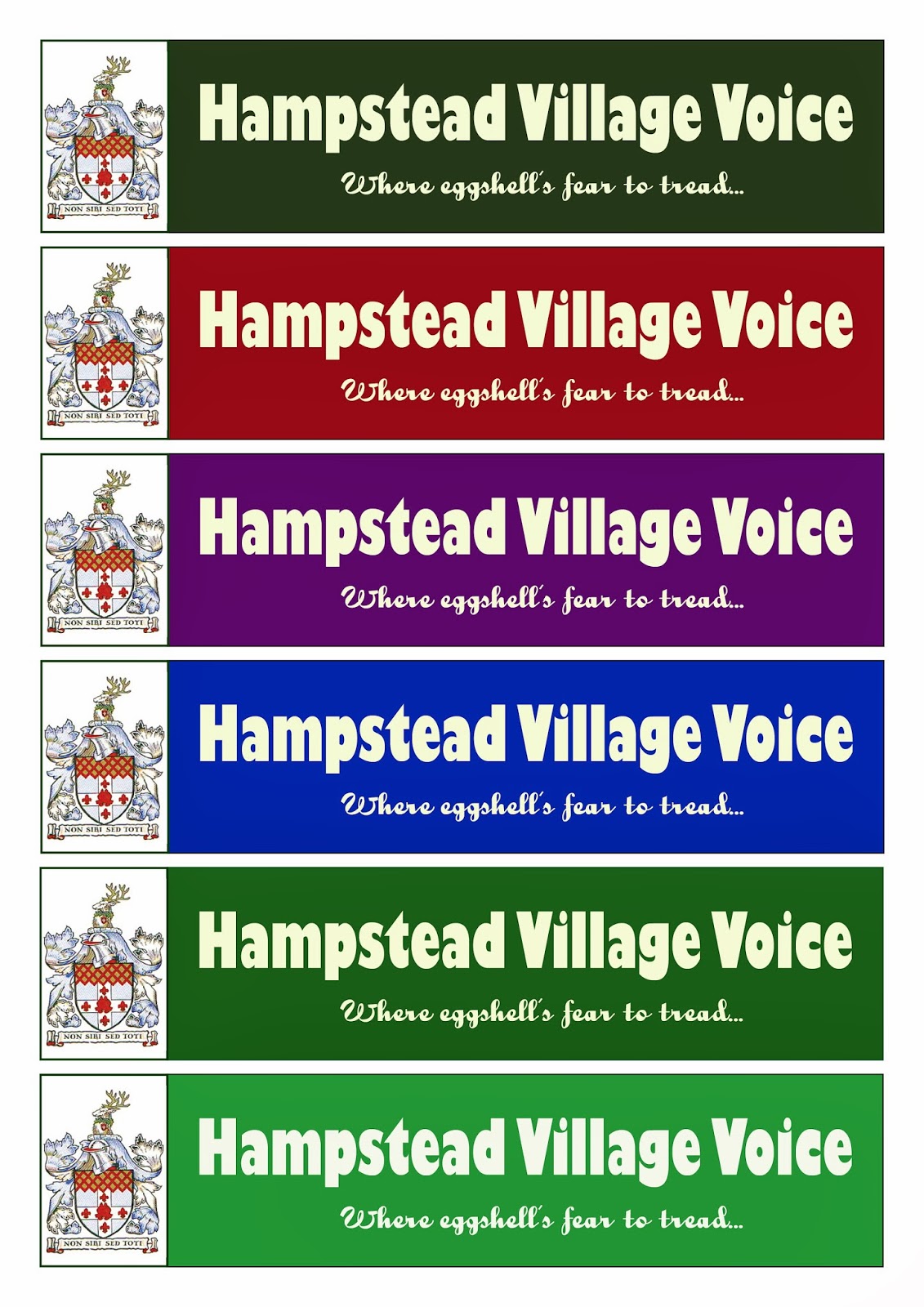 For someone who edits the world's smallest and most localist of magazine's, I have to admit to being something of an Ausländer.  As I write, I am watching Berlin go to work from the window of Café Manolo on the corner of Danziger Strasse and Schönhauserallee.
Yet more exotically, I've been commissioned by the Japanese magazine, Mr. Partner, to write a series of articles on the theme: Why My Village Is Worth Fighting For.
A small delegation of Japanese came over to Hampstead recently to interview me and we spent a very pleasant afternoon at La Gaffe. It turns out the they are very big on localism and rate the Hampstead Village Voice's Asterix and Obelix-like stance on fighting off 'The Romans'.
It's peculiar how the Hampstead Village Voice seems to be getting so much attention in New York (recent New York Times article) and Tokyo, yet on this side of the planet it's gone right over the heads of all the Fleet Street hacks in Airstrip One's Ministry of Truth. A good thing too!

Edition 20 of the Hampstead Village Voice is currently at the printer's and will be winging (Ed.whinging?) its way to Waterstones, Village News anyone else who'll have it by the 3rd of March 2014.