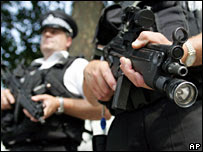 "Whatever I said it was wrong, or was taken wrong, and now there's all this..." John Lennon.
Yes, That's right, it's good old winter again. Being a devout German Jew with strong Muslim sympathies and a penchant for the distribution of wealth, I knew I was never going to be Mr. Popular around here. But hey, I've gotten my hangover out of the way and have pledged to never drink as long as I live! Like Mark Twain with smoking, I've done it successfully millions of times so should be a piece of piss!
Plus I'm ever so slightly bored of a small minority of envious, resentful public house dwelling bullies coming up to me and spitting their drunken dummies out because they didn't think of the Hampstead Village Voice first! Blimey, I've even had the Hampstead K.K.K. on my case giving it the old 'Don't You Eye-Ball Me Boy', routine! Actual quotes include "be careful","watch it-MATE!", "who do you think you are" and "I hate you, I hate you, I hate you". There were two occasions of actually physical bodily violence against my personage (although that wasn't the K.K.K., it was the People of Hampstead Un-Popular Peoples Front: Splitters!).
I'd like to think all this was personal but it never happened before releasing the Hampstead Village Voice so I'm afraid it looks like business. Hey, listen, ladies- just release the Hampstead Nazi Monthly or whatever, but don't come to me if you're going to be rude, threatening and violent. It's bad manners!
To my credit, I have not reported any of this to the Romans, the King's Men or Don Vito Corleone and those involved will remain anonymous. We don't do gossip or grassing up of minor individuals here at the Voice. We leave that kind of assault for the Multinationals, Scamden and Her Majesties Government. Yet I do feel it my duty to report that bullying is not solely the domain of the hooded youth and that, alas, freedom of speech in modern day Hampstead comes with an element of risk. Ah, Freedom and Democracy: it's all the same hypocrisy.
Meanwhile the large majority of Hampstonians who've approached yours truly have been incredibly supportive and have told me how much they love the rag. Hampstonians are contributing masses of stories, photos, letters and advertising for issue three which, if I am not assassinated first, ought to be out in late February. Lots of love and to all those little girls who wanted a fight- Join the Army!
Emmanuel "Mustafa" Goldstein (Editor in Tea Person)
at January 04, 2008