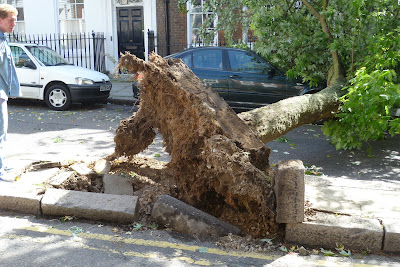 What a pity. See page 13 of the current Hampstead Village Voice
What would Hampstead be without its trees? They are the the thin line between unbearable urban ugliness and Hampstonian gorgeousity (ed. no such word... until now).
If I'm not mistaken, there is now only one of the originals left in the central 'island' of Church Row after another blasted lorry nudged it's neighbour over. We'll be looking at what Scamden and/or TFL could do to help preserve Church Row in the Summer edition. Until then,why don't you pop off down to your local newsagent, buy the Spring 2012 edition and read page 13?
Meanwhile, over Well Walk way, was it really necessary for Scamden to murder this lovely tree outside The Priors in East Heath Rd? See this short film sent in by Mr. David Lewis who, along with myself, has his doubts.
http://www.youtube.com/watch?v=7SVo174LHC0&feature=colike
Viva las árboles del Hampstonia!
Toodle Pip!
Emmanuel Mustafa Goldstein x
PS. árboles = trees in Spanish
STOP PRESS: Apparently the tree became rotten as a result of previous pruning work to make it "safe".
at March 12, 2012

Picked up my copy of HVV in Hobart to see my friends pictured outside The Flask.
How brill. Tried to send a pic to your spoof email. Oh naughty celebrated hotpantedness.
AD

Spoof email? info@hampsteadvillagevoice.com is very real I can assure you! EMG.